'The Flash' & 'Arrow': Which Lantern Should Be on Which Show?

As you can probably tell, this time around there's a bit of departure from the usual going on's here on Corps Conjecture (actually, that would imply that I've posted regularly for awhile...just go with it.) Anywho, we're talking the two hit TV shows 'The Flash' and 'Arrow'.

Worry not, I don't plan on evolving this into a running commentary on the EPICNESS of these two shows. Nor do I plan on spoiling anything from the shows (ok, well maybe not HEAVILY). What we're talking is more germane to the topics usually discussed in this corner of the internet.

To get things rolling, let's give credit where credit is due.


@lanterncast If you could have #GreenLantern on TV, which one would you pick and on what show would you put him/her on?
— The Flash Podcast (@TheFlashPodcast) March 26, 2015


The Flash Podcast (one guess which of the two shows they cover) tweeted out the above earlier today. As co-host of The LanternCast, I responded. But rather than give you the play by play (you can click the twitter link and find out) I figured I'd just elaborate beyond the 140 character limit imposed on me by the Twitter regime. But here...we're going OUT of order. 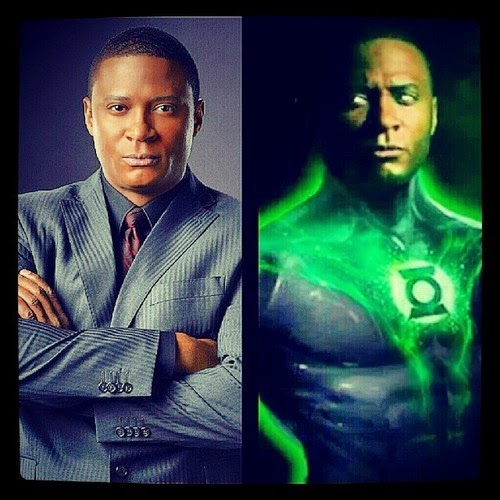 Now recently it was WIDELY speculated that the character of John Diggle would be revealed to be John Stewart. He is, after all, a member of the US military, friend of Oliver, and a black guy (actually those were really the only similarity's...who came up with this again?) Despite the internet buzz, this was recently debunked, much to the chagrin of those clamoring for a redemption of Green Lantern in live action form.

So the question on our fellow podcasters lips remains.

Yeah, yeah, yeah. Slow your roll. I know you're all butthurt over the Ryan Reynolds debacle (let's be fair though, the things wrong with that movie WEREN'T all his fault) and you're just anxious to distance yourself from that flop. Me too.

Hal Jordan would WORK within the Arrow-verse. Why? Because he wouldn't be INTRODUCED as Green Lantern. He'd MOSTLY be Hal. And that is perfect. Let's make him a test pilot for Ferris Air, a subsidiary of Queen Consolidated/Palmer Technology. And he's in town to help pitch the latest tech from Ferris for government contracts. But Hal is Hal. He's a flirt, he's seemingly irresponsible, he's rash. He hits on Felicity/Thea/Laurel and comes into Ollie's orbit. His rashness rubs Ollie the wrong way. But through ________ that happens in the course of the episode, him and Ollie become fast friends. Hal gets a little more structure and responsibility, Ollie learns to let loose. (Yeah I know I put a blank in there. I'm not a screenwriter. lol) But you get my point right? Hal's "aloofness" is PERFECT for 'Arrow'. I'm not saying the show can't be dark anymore, but it's getting almost TOO dark. And Ollie is TOO serious. I miss the Hal/Ollie serious-about-the-job-but-cracking-wise-while-taking-out-the-bad-guys-and-arguing-with-each-other dynamic. As we all know was made FAMOUS in....? 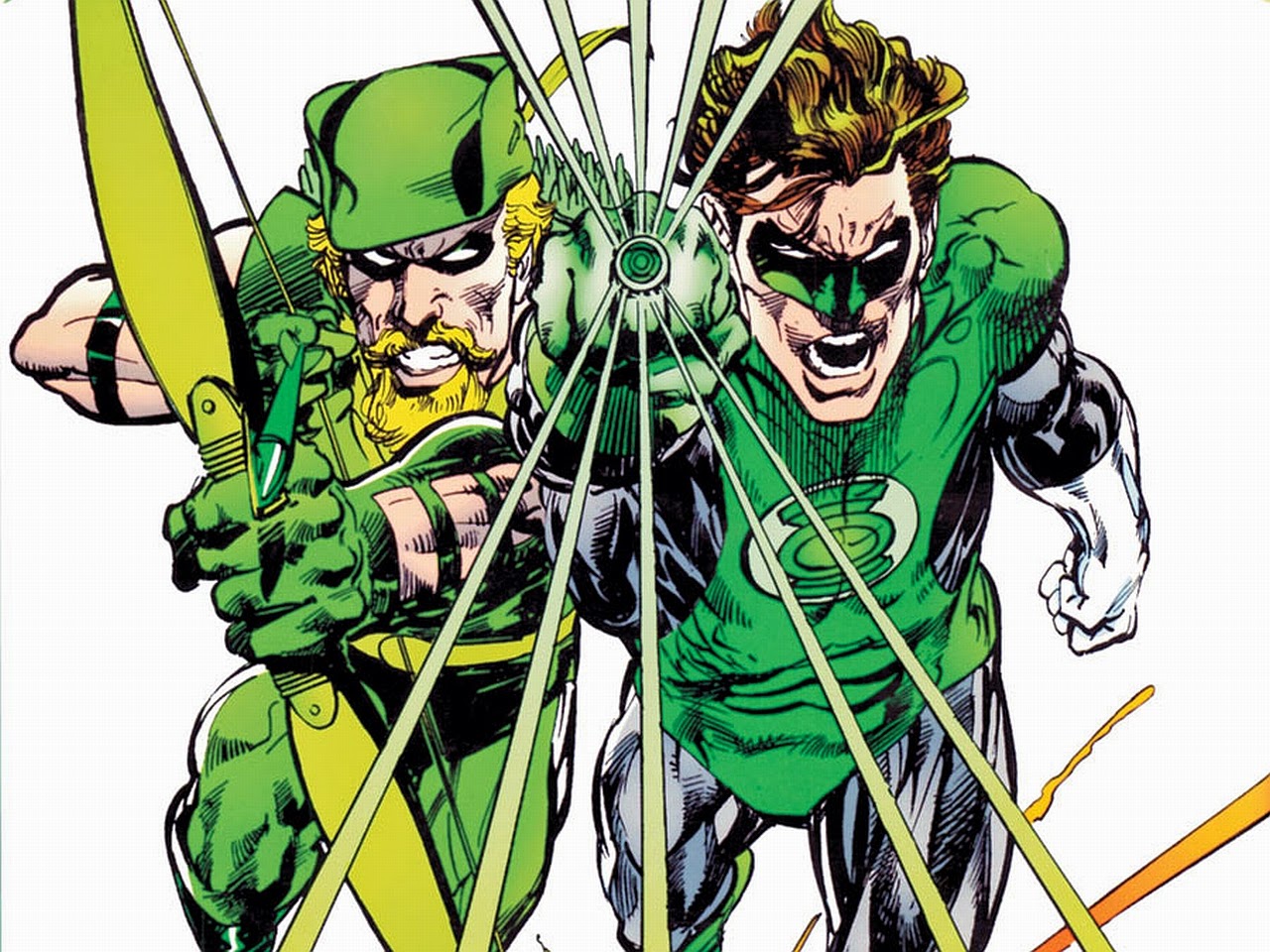 Now for some Flash all up in your grill!

So if Hal is introduced in 'Arrow' that means, in keeping with chronological continuity, John Stewart should be on 'The Flash' right?! RIGHT?! (actually, TECHNICALLY, Guy came before John. Sorry kiddos. Go read some more FANTASTIC Silver Age comics. Totes worth it.)

Just because it "needs to happen like the comics" or "we need more diversity" doesn't mean it makes a good STORY. I'm sorry. But that's just the fact. (And I haven't left John or Guy [or...sigh...Simon] out. Keep reading)

Kyle Rayner BELONGS on 'The Flash'. Oh sure, personality wise, Kyle is already alot like Barry. But I see Kyle as more of a social justice guy. A guy who tries to spread awareness and free thinking to the masses via...HIS ART! That's right. I actually envision Kyle Rayner as the Banksy of the DC TV Universe. No joke.

I see Kyle Rayner as a cartoonist/graphic designer for Central City Picture News...the same paper that Iris West works at. By day he does what he can for the public of Central City in the most legitimate way he can. But in his free time, he does graffiti, participates and perhaps organizes well meaning protests, etc. Barry catches him, initially mistaking him for being violent or a suspect in ______ but Kyle turns out to be a good guy. Well meaning, well intentioned but letting his passion for what's right affect him a little TOO much.

But THE scene I see in my head is this: someone (maybe Iris) is in trouble from the current threat on the show. Kyle is there, Flash is not. Kyle is protecting Iris (not because he likes her but because he's there and it's what is right). He's facing down CERTAIN death. But we see him set his jaw and stand to face the (whatever the threat is). He's going to die. He knows it. We know it. But he's facing it down anyways. But before he can, Flash shows up and saves the day.

Now that entire episode, we've seen who Kyle Rayner really is. Episode ends and our "post credits scene" is Kyle at a bar/coffee shop (Ooooo! Jitters?! Or Jitters rival shop Radu's?!) and steps out after close into the alley and....well, you know the rest.... 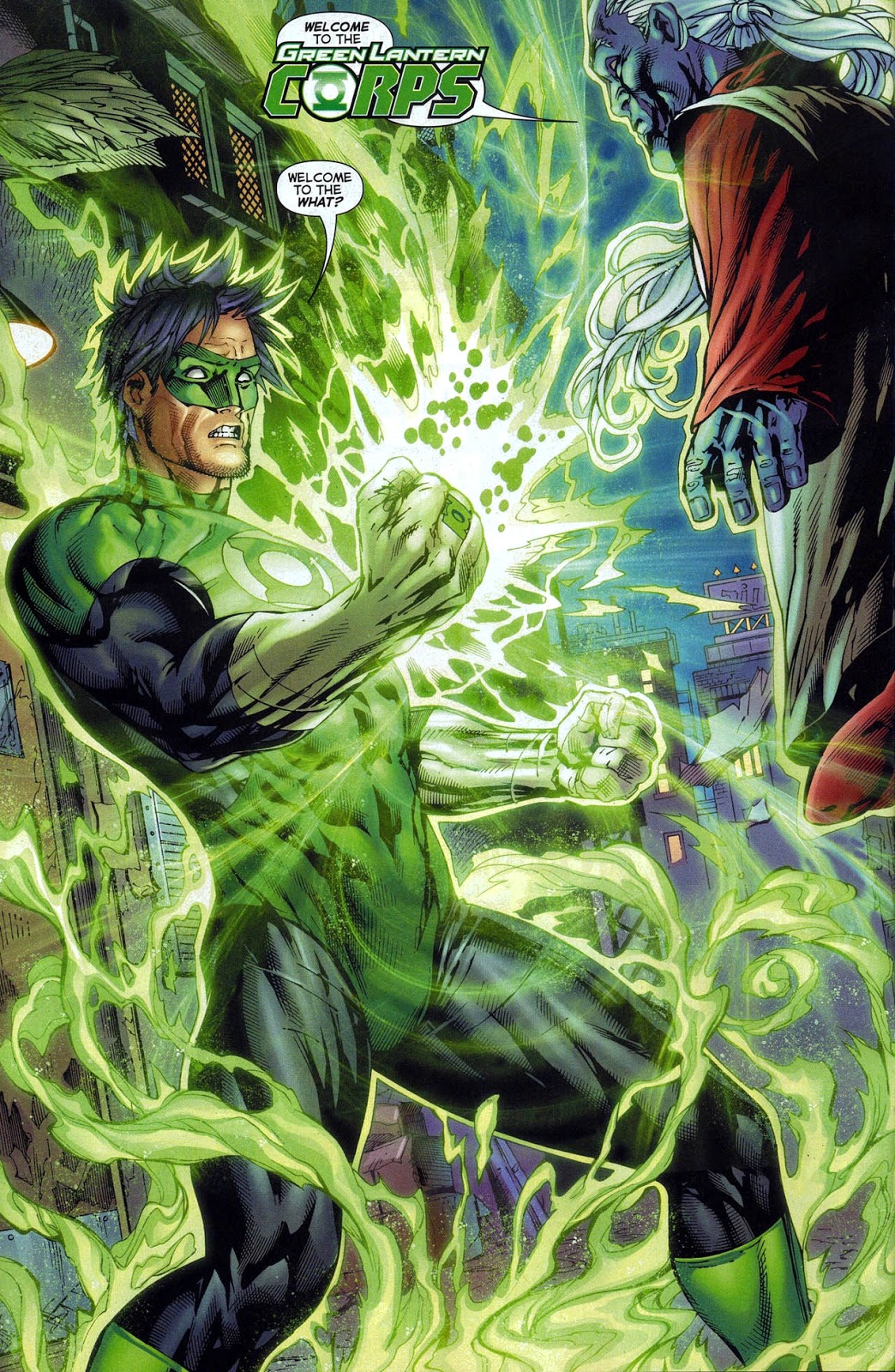 Calm down. They show up (or some of them do) as the shows progress. Or even on that spin-off they're talking about making/are making.

So? What do you think?

Let me know in the comments below and don't forget to check out The Flash Podcast, The LanternCast (the show about GL I co-host) and be SURE to watch 'The Flash' and 'Arrow' over on the CW Tuesday and Wednesday nights (respectively)