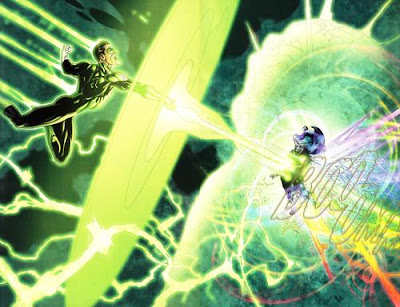 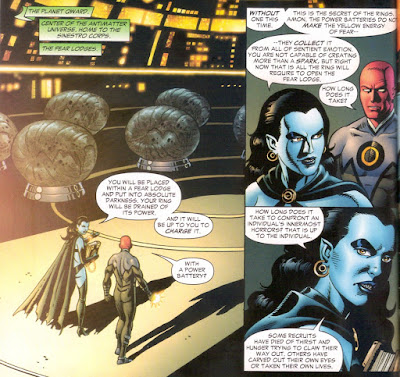 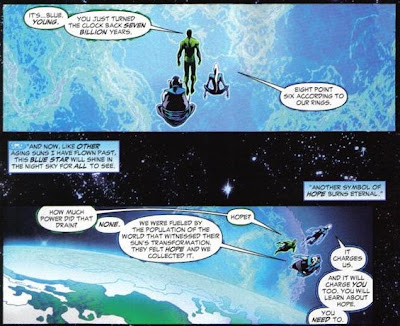 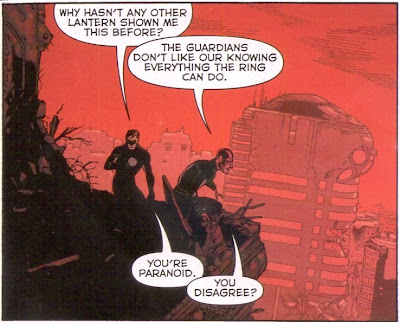 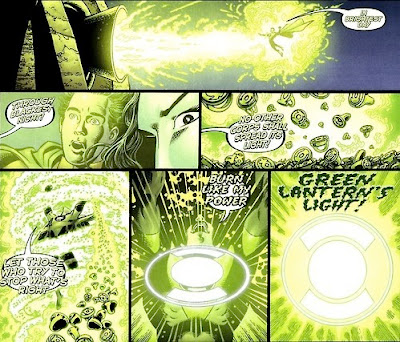 First we see that, on an Oa where Sodam Yat is the last 'Guardian' of the universe, the Lantern Corps sees Ganthet as a deity of sorts. Wether ancesteral respect of something more, Ganthet is the ONLY Guardian whom the Corps still holds in some high regard. When we see the Guardians rapidly losing respect among the Lanterns in current continuity, this revelation holds some weight.
Secondly we see the oath of Sodam Yat. CLEARLY a merging of the Green Lantern Corps oath and the Sinestro Corps oath. To me this suggests a point at which Sinestro re-joins the Corps. Remember, everything Sinestro has done up until this point was to force the Green Lanterns to become the police force he believed they should be. NOT to destory the Corps. He's always believed in the purpose of the Corps, just not how they went about it. Once the Guardians begin to push away the Green Lanterns, Sinestros distrust of them will have been proven right and who knows how Sinestro fits into the possible 'new' Green Lantern Corps that comes into being after the Guardians (save Ganthet) are out of the picture?
It's my theory that sometime VERY soon, everything will come to a head and the Guardians will push the last button when they attempt to create their "third army" and abandon their Corps. Somehow Sinesto or Hal or the Blue Lanterns or Ganthet himself will lead the abandoned corpsmen against the Guardians...by teaching them how to access their OWN will. Becoming non-reliant on the Guardians and their methods. This would explain why Geoff has planted these seeds and also explain why we've become INCREASINGLY frustrated and upset with how the Guardians are conducting themselves in recent years. To me, it's the only conceiveable option out there.
NOTE: During talks on the Lanterncast; Dan, Jim and I have discussed this possibility at length. I will not sit here and say that everything posted above is my own ideas 100% but I don't know what came from where. I DO know that I'm the one who made the connection between the 'Keepers' and the 'Legion of Three Worlds' storylines in order to further our theory. But I did want to make sure Dan and Jim got their credit.﻿
﻿
﻿
﻿
﻿
Posted by Chad Bokelman at 6:07 PM