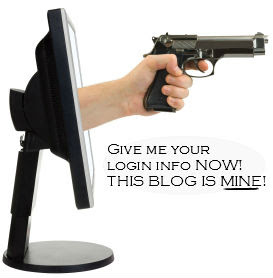 I'm doing my FIRST semi-contest for my blog. So here's the deal, I've never been TRULY excited about a blog before but I really want to promote this one. So I'm going to do my best to promote it. That being said, my blog has ZERO followers.
So here's the deal:
FIRST SEVEN FOLLOWERS TO MY BLOG....I toss your names in a hat and pick one. That person gets to write a blog entry of their very own on my blog. First seven because of the seven colored Corps (aside from black and white)

1) It has to be comics related.

You want to rant about female objectification in comic art? Go for it.
You want to promote a friends small press comic venture? Doors wide open.
You want to throw out your OWN "semi-ludicrous" Lantern theories? Mi blog es tu blog
Just has to be comics related.

"But Chad, what if people just follow to win then unfollow?":

Why would you follow so you can win the entry...only to unfollow and decrease visibility to your blog entry?

"Chad, you DO know it might be difficult to get seven followers INTERESTED in guest-blogging from this blogs visibility alone right?":

There's where the promotion aspect comes in. I'm sure some of you aren't interested in writing at all...but maybe you know someone who IS...so you tell them about the blog...and there you go!

So what do you think? Are you game?
Posted by Chad Bokelman at 9:52 AM